Minneapolis is a city that's pushed aside houseless people so as to ignore rising houselessness for years.

This is a city that promised an insufficient 100 indoor tiny houses before winter and has not delivered even that— it's almost spring.

This is a city where the transit police ejected people from a critical warming station during –40° windchill weather, and no other law enforcement agency or anyone else stopped this human rights violation.

This is a city where the Parks Board not only forcibly cleared camps, but has repeatedly allowed their police department to destroy encampments on non-Park land.  And again, no other law enforcement agency or anyone has stopped this lawless activity.  (Watch people displaced at Marshal tell their story in this moving video.)

Join others in your community defending Near North camp, supporting its community's demands, and donating to make the dreams of secure homes a reality.

As the people celebrate Near North camp resident Thomas' birthday and the success of getting CPED to promise to leave the camp in place while negotiations continue, residents JoJo and Sandy talk about the future they want to build on land of their own.

The city backed down!  For now.  Finally a person from CPED talked to a resident, Cpo, on the phone, and confirmed afterward:

I'm emailing you as you requested. Per our conversation a few moments ago:

The Near North (Vanwhite/Girard) encampment will not be closed on Friday 02/26/21. The meeting tomorrow 02/24/21 at 11:15am at LaDona Cerveceria would be about the possibility of providing additional time. Avivo Outreach team will be present to offer services to anyone that is interested.

Now the pressing need is to raise money to buy land.

Cpo, a resident of Near North camp, talks about the mutual aid work the camp participates in. Support this work, including on the new Patreon!

Near North camp releases a statement for the press and the public: Encampment in North Minneapolis threatened with destruction by the city on February 26th

CPED puts up fliers changing the date of camp "closing" (a euphemism for violent forced removal of people and destruction) to February 26, still without providing any justification for the demand. 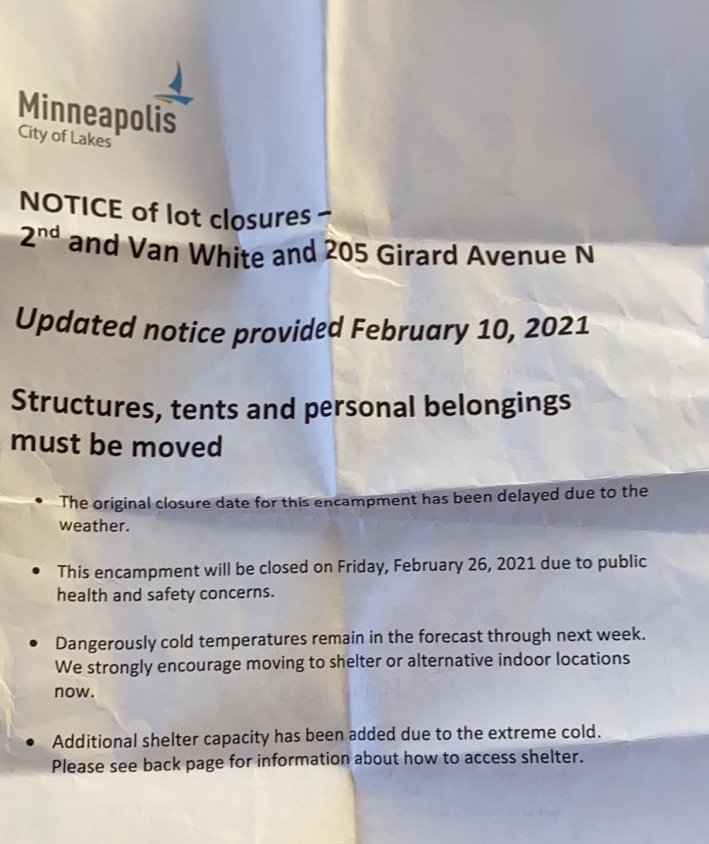 Director of Economic Development for Minneapolis, Erik Hansen (612 673-5159 / erik.hansen@minneapolismn.gov) is spotted putting up these flyers at the camp, which declared This encampment will be closed on Friday, February 12, 2021 due to public health and safety concerns.  These alleged concerns were not specified, unless it refers to the second bullet point: Dangerously cold temperatures are forecast starting this Friday which residents were already trying to fundraise for and destroying people's homes during –40° windchills only hurts. 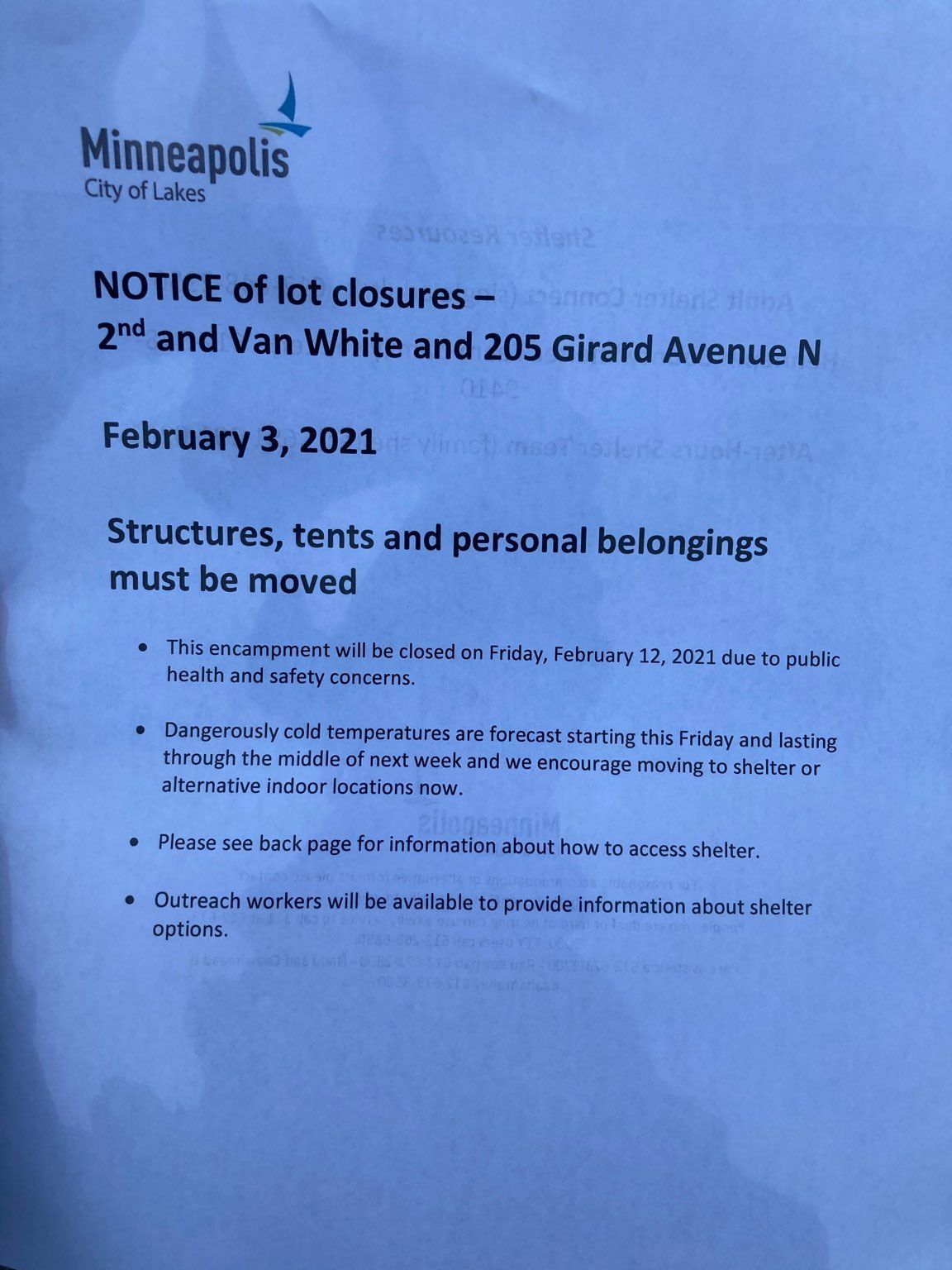 Near North camp, a unique community of unhoused people, seeks a permanent home while battling Minneapolis' attempts to remove